Earlier this month, Apple released macOS Big Sur, launching big design changes and several new app features. As the initial excitement post-Apple's 'One More Thing' event has steadily worn off, it’s time to take a deeper look at what’s changed – and what their future plans are – from a product, design and tech perspective.
​

The latest update for macOS, Big Sur arrived a few weeks ago, and is arguably the most significant MacOS update since the debut of OSX in 2001.

Alongside performance improvements, there were several key changes and additions to the OS, including a number of really useful features, as well as continuing the trend of iOS and macOS coming closer together, both in terms of look and feel and utility.

Big Sur sees a complete overhaul of the UI, including the control centre rethink to bring it more in line with design patterns common to iOS.

It remains to be seen if this signifies the imminent arrival of a touch screen Mac of some description, but the grouping of Control Center on macOS Big Sur is visually very similar to the Control Center on iOS, just adapted for the Mac. Users can now access network settings, brightness adjustments, AirPlay, and control music from a unified location. 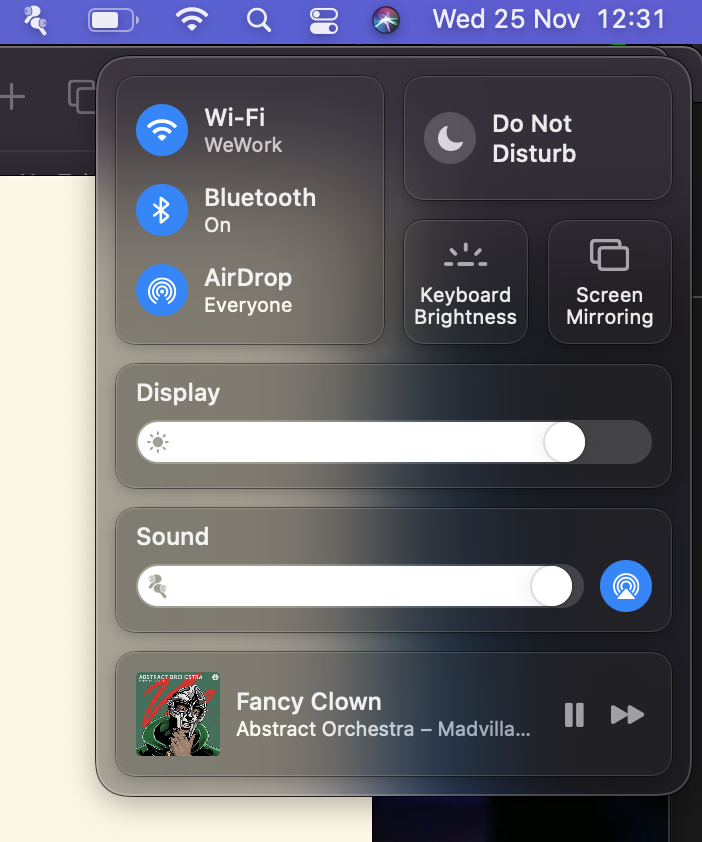 One of the other key changes in Big Sur is the redesign of the Notification Centre, now allowing users to add Apple and 3rd party widgets.

The new widget experience on macOS Big Sur is similar to what iPadOS14 offers. In Big Sur, widgets are accessible by clicking on the time in the Menu Bar where the Notification Centre button was previously located.

Notification Centre has been integrated with the widget panel and, while it's true that macOS has had widgets since OS X Yosemite, the widgets that you have on macOS Big Sur are the same ones that are available on iOS14. So, if you're running a universal iOS app that contains a widget, you'll also get it on your Mac.
​ 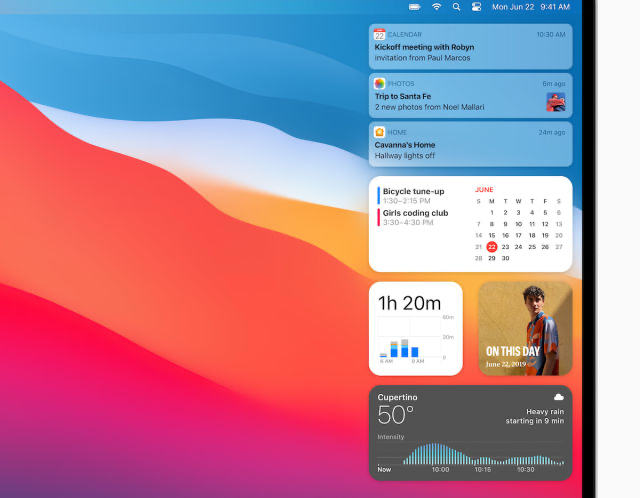 There is a lot to explore in macOS Big Sur and a lot to like. Outside of UI improvements and design changes listed above, there are also significant updates to core applications such as Safari, Maps, Photos and Messages that all contribute to a greatly improved experience for macOS users.
​

With Big Sur, it seems designers at Apple have worked hard to incrementally improve and streamline many of Mac’s standard key features, while also bringing in a brighter, more colorful look and providing users with a desktop experience that is more consistent with other Mac interfaces like those seen in iOS and iPad OS. The upgrade is not a huge departure from previous versions, but they have carved out a clear path for synchronicity across current and future devices of all sizes in both usability and aesthetics.

Many elements have had minor design upgrades, like the newly consistent, rounded-corner app icons. These same rounded corners are also incorporated throughout the UI and give the interface an overall more detailed, modern, yet playful ambience. Similarly, less visible UI elements – like sounds and animations – are much smoother and more contextual for each element or action they accompany.

A lot of work has been put into designing for these same principles at the component level as well. For example, hiding the search bar behind an icon, consolidating settings in the control center panel, and giving users the same amount of control and customization in Messages helps to connect Big Sur to its smaller relatives.
​

MacOS Big Sur continues to blur the lines between macOS, iPadOS, and iOS. This release is full of bug fixes and performance improvements any power user will notice improving their daily computing. Big Sur supports Macs dating all the way back to 2013, so chances are if your Mac is still your daily machine, Big Sur supports it.

Performance doesn’t stop at the OS. Apple is expected to migrate its computers to Apple’s own ARM chip. Synergy between Apple code and chip design unlocks performance previously unavailable to Apple on Intel silicon. ARM processors are nothing short of best-in-class in the mobile and tablet arenas. The same is expected of the latest MacBook Air, the first computer shipping with an ARM CPU.

Big Sur continues Apple’s pattern of protecting user privacy inside Safari by insta-blocking tracking scripts and providing users with an easy-to-read Privacy Report. Blocking tracking scripts is great, but we doubt it will make reading news sites better, though there’s always Apple’s News app for the avid news junkie. Safari is known to be the fastest browser on the net, and performance seems to have been enhanced even further in Big Sur.